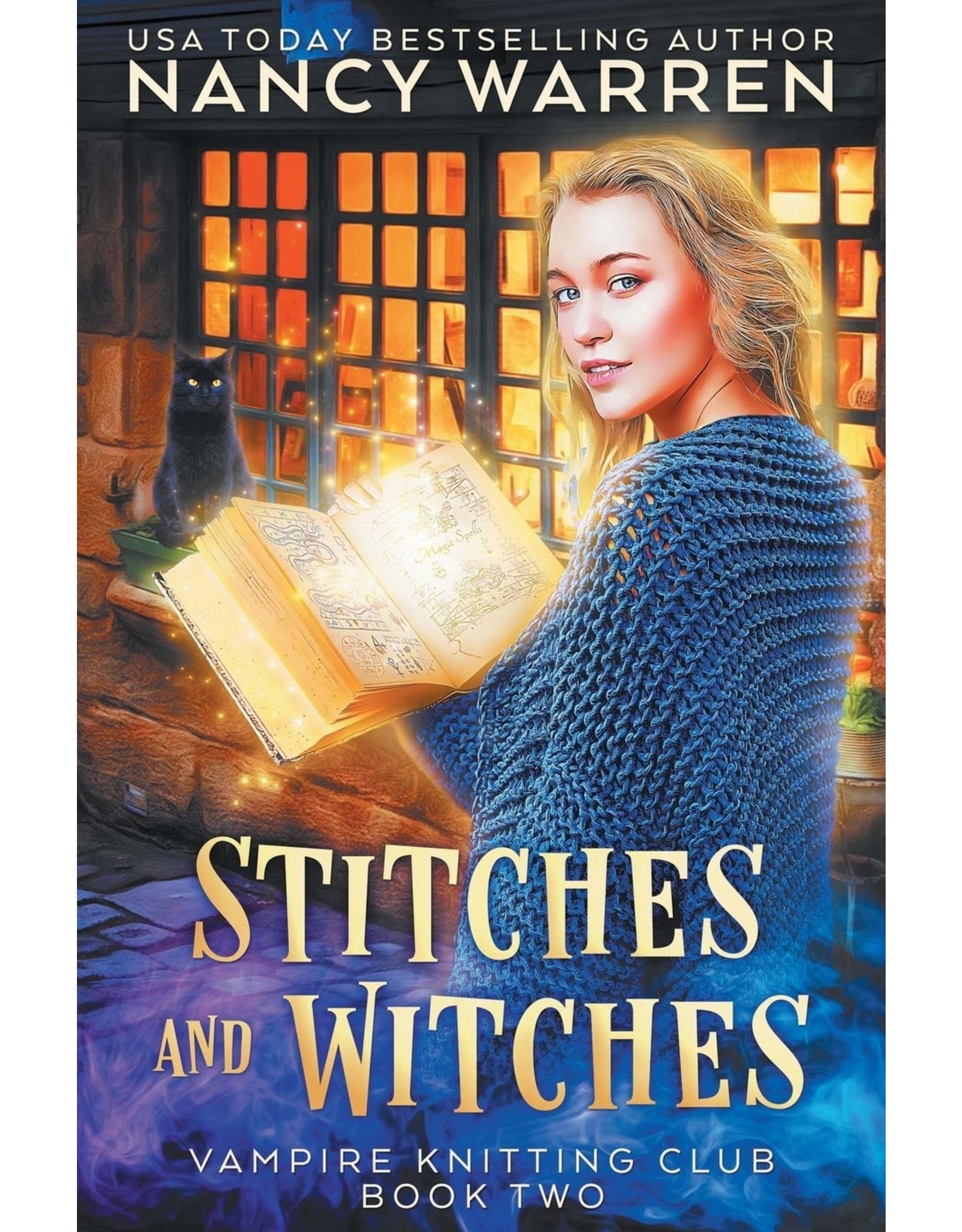 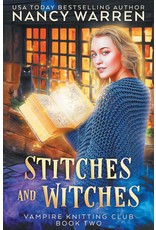 When an older gentleman keels over in his scones and tea at the Elderflower Tea Shop in Oxford—a victim of poison—Lucy Swift and her band of undead amateur detectives are on the case.

Elderflower Tea Shop is next door to Cardinal Woolsey’s, the yarn shop Lucy runs and home to the late-night Vampire Knitting Club. The tea shop owners are a pair of octogenarian spinsters and old family friends, so Lucy wants to help clear up the mystery that’s keeping their shop closed. But murder isn’t the only issue troubling the Miss Watts. A man has come between them. Miss Florence Watt is being romanced by an old flame, one Mary Watt distrusts.

In between figuring out who, among his many enemies, might have poisoned the unpleasant Colonel Montague, Lucy’s trying to brush up on her magic spells before the Wiccan potluck dinner her witchy cousin insists she attend.

However, she’s still settling into being a witch and since she botched a spell and blew up her kitchen, she’s taking the magic slowly.

Her knitting endeavors aren’t much better. Between purling when she should knit and dropping so many stitches her hand-knit scarf looks like it was attacked by giant moths, there are days Lucy thinks she’ll pack it all in and move back to Boston. She might, except she’d miss her beloved undead grandmother, her new friends, one very sexy vampire and a local detective who is very much alive.

Stitches and Witches is Book 2 in the Vampire Knitting Club series of paranormal cozy mysteries. It is a standalone novel with no sex or gore, just humor, knitting, magic and a touch of romance.

Add your review
0 stars based on 0 reviews